From Scotland comes the biggest, badest warship model I have seen in a long time.  Let me let Duncan Cameron tell you about it:

A very impressive project, as I think you will agree! ~ Kurt 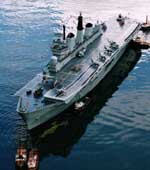 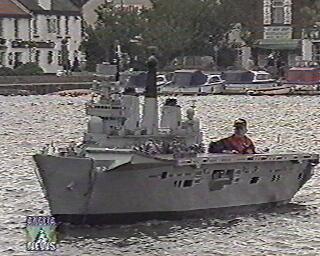 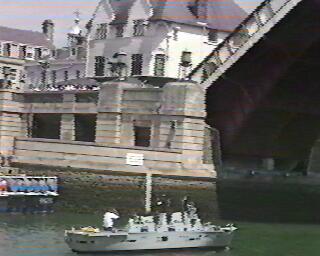 How often do you see a real drawbridge opened for a model?  Those awfully nice people on duty at Weymouth

Harbour bridge open up to let HMS Invincible through. Nobody said it was not the 20,000 tonner of the same name ! 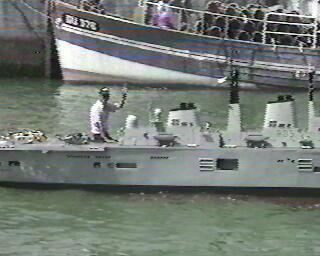 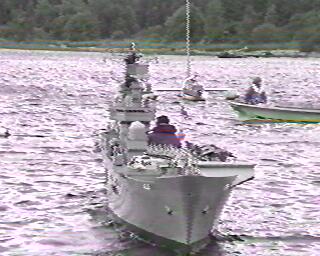 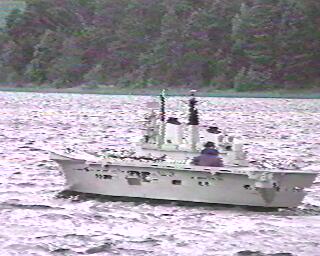 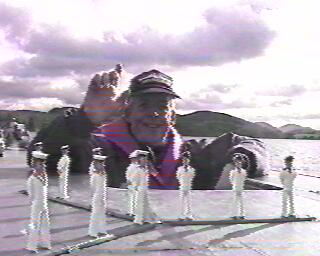 Duncan tells me his is ordinarily not a boat builder, but is interested in flying R/C airplanes.  I suppose he had trouble finding a landing field locallly....yes, his Invincible has operated aircraft.  The model served 25 years in the English Navy as a recruiting device, and was due to be scrapped.  When Duncan heard of this, he prevailed upon the powers that be to let him save and restore her.  Where once was just a solidly built, but rough model is this highly detailed, er, minature.  And of course, Duncan has the rare distinction of being one of the few civilians in the world to own a decommissioned aircraft carrier.  Thank you Duncan Cameron!

Duncan sends in this photos of his model taken off Whitehaven in Cumbria (Irish Sea) in 2003 during visit of USS Leytee Gulf to the Maritime Festival.