Dave has sent in construction photos of his latest project, the Russian armored cruiser Rurick.

Shows the basic hull form , of frames 6mm marine ply being covered by lime strip 2mmx12.5mm x700mm working out from the keel

The hull planking is nearly complete with the rudder linkages and servo yet to be fitted.

The completed planking , the open gun ports forward are the first layer which will be followed by a second layer of plastic card . Here the surface has yet to be sanded down ready for the shell plating

In this picture the sub deck is being cut to size and the removable centre section for batteries etc being prepared. 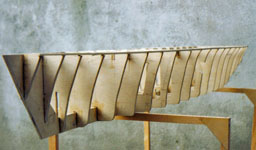 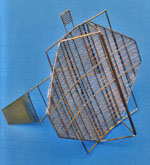 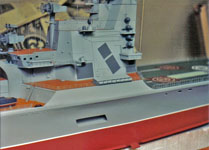 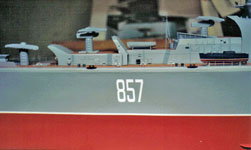 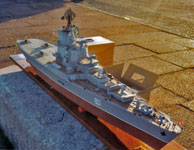 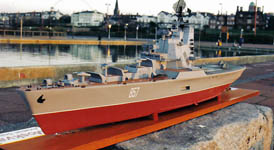 Scratchbuilt, she took about 2 years to build

Dave, the warship columnist of Model Boats magazine, sends in a couple of photos featuring his latest project, a KM Blücher built using Fleetscale components.  He hopes to finish the model by May, with more rigging and detail parts yet to be added.  Hopefully, we can persuade Dave to share some more photos of his cruiser, particularly in the water!

Dave has kindly sent in these photos of the Blücher underway - thanks Dave!

Some more nice underway shots, and a couple of detail views of the superstructure, so you can appreciate the detail on this fine model

This model is built on a Fleetscale Hull, with a Sirmar fittings package; the remainder is scratch built using Jecobin plans.  The model is painted using White Ensign Models Colourcoats RN paint, which Dave, who is an expert on the Royal Navy, says are very accurate.

R.L. Murray was kind enough to send in this photo, which he has been carrying in his wallet for many years.  It was taken in New York City's boat pond at 72nd and 5th Ave.  It is a plank on frame scratchbuilt model powered by two 12 volt Pittman motors.  The hull and the plywood deck were fibreglassed for watertightness.  The model , built in 1968, was featured in an issue of Scale Modeler.