Also known as the Trident Class after the missiles they carry, they are the only strategic missile submarines in the US Navy.

Photographed on San Francisco Bay, 3/98. Set A was shot when vessel was entering the bay, set B exiting.

Only two of these remain, used for special operations. The rest have been decommissioned and scrapped.

Taken 9/01 at San Francisco, on her way to decommissioning. She still had her mounting points for the drydock shelter.

The latest nuclear submarines in the US Navy, the have been credited with tremendous performance. The Silent Service being what it is, we can only speculate.

These views were taken on her christening day, June 24, 1995, by Lester G. Palifka, at GrotonCT.

The backbone of the current US attack submarine fleet. The early units are being retired rapidly, but the later units will probably soldier on for many years to come. From SSN-751 on, they are known as the improved Los Angeles class, or 688i. These are fitted with vertical tubes for the Tomahawk missile system, improved quieting, and hull mounted dive planes.

Due to the lamentable, (from the point of view of a photographer, at least!) decision of the Navy to remove the hull numbers from the sail of submarines, it has been a chore to ID them. Sometimes, I can't. So…

Mostly gone from the Navy now, this class served for many years during the Cold War. 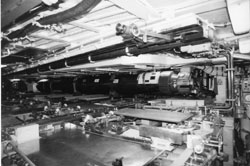 Originally known as the Thresher Class after the ill-fated lead ship of the class.

One of the most famous submarines of all time, she is currently on display at Groton, CT, where she was photographed 7/94

These sets include more than one class of submarine

Classed as SSG, these boats carried the Regulas surface to surface cruise missile, and had a large hanger installed on the fosc'l to house this large system. The Growler was photographed 8/94 at New York City, where she is part of the Intrepid museum.

The ultimate US Diesel Submarine, they featured the sleek hull design introduced with the Albacore, They have been decommissioned, leaving the fleet with only Nuclear Attack Submarines.

Taken at the Portland Museum of Science and Industry, 9-95

Revolutionary design that changed submarines forever - the first streamlined hull that mimicked that shape of fishes, she was extraordinarily fast and maneuverable. She served for many years as an experimental platform for advanced design

Photographed at Portsmouth, NH where she is on display as a museum vessel. 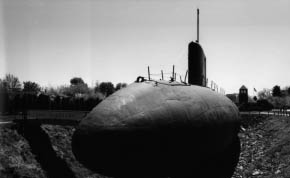 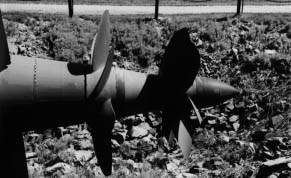 Improved over the previous Balao class, able to dive deeper, they were built in the years of the Second World War. All were converted to carry snorkels, and some were rebuilt to GUPPY or FRAM II GUPPY specifications.

She was converted to the more austere Fleet Snorkel standard, spending many years as a training submarine before becoming a memorial at Baltimore, MD where she was photographed 8/94

This class formed the backbone of the US submarine fleet during World War II, built in large numbers. They are a improved version of the previous Gato class, able to dive deeper due to the use of higher tensile strength steel.

She retains her wartime appearance, and is painted in Black livery. Preserved as a museum at Hackensack NJ, photographed 8/94

She retains her World War II appearance, with deck armament. Now berthed as a museum in Fall River, MA. Photographed 8/94

This submarine is preserved on land in Muskagee, OK. Photos taken by T. Hape in 1988

An example of the GUPPY 1A standard, converted in 1951. She served in various capacities until stricken in 1973. Now a memorial in Philadelphia, PA where she is tied up next to the Olympia (C-6). Photographed 8/94

Another vessel at the Patriot's Point collection, the Clamagore represents the evolution of the Fleet Submarine after the war. Lessons learned from US experience were combined with technical details gleaned from captured German equipment and resulted in the "GUPPY" (Greater Underwater Propulsive Power) conversions. The Clamagore is an example of the GUPPY II type. Taken 9/93 at Charleston.

This submarine was featured in the recent movie "Up Periscope" SeaPhoto was there, taking these exclusive overhead views as the Pampanito was towed out for filming. Other views were taken on various dates at Pier 45, San Francisco, where she is displayed as a museum. 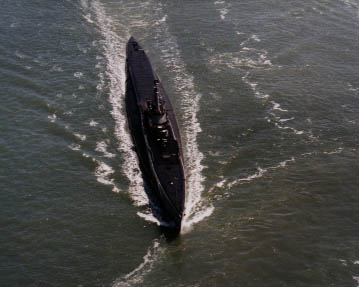 The following were taken in January, 1999 when the Pampanito was dry docked at Bay/Ship, in Alameda, California

The first of the wartime classes, they suffered tremendous losses during the war, 19 out of 77 total boats built.

Taken at Mobile Alabama near the USS Alabama, 9-95

Taken 9-95 at Galveston TX. The Cavalla is an example of a Type II SSK conversion, with blunt nose and tall sail.

Another SSK conversion, they are similar to GUPPY submarines but with a slightly different sail. Photographed 7/94 at Buffalo NY where she is a memorial boat.

Highly successful submarine during World War II. Her conning tower only is preserved at Groton, CT.  Photos by Lee Upshaw, 7/97

Please Note: We also have sets available for the USS Silversides (SS-236) and the USS Cobia (SS-245)

Built as emergency rescue vehicle in case of a submarine accident. One of the stars of the movie "Hunt for Red October! Mystic is an unofficial name.

Photographed 4/00 in San Diego by W. Michael Young, while onboard the Kellie Chouest.

Deep diving submersible built for the US Navy. Dove on the wreck of the Titanic in 1988. Shot in the Washington Navy Yard Museum, 5/99 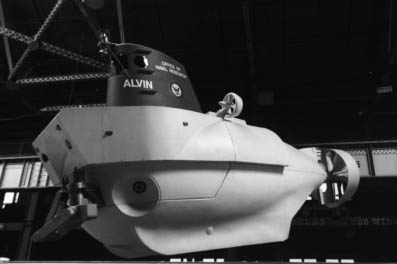 Built in 1958, and including parts of an earlier Bathyscaph, the Trieste served until 1984. Photographed in the Navy Yard Museum, 5/99 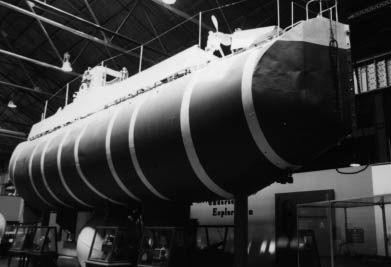 On display in front of t the Submarine Force Museum at the Sub base is this collection of small submarines. Set MidS1 16 views around exhibits of Simon Lake's Explorer (sub with wheels on bottom), a WWII German Seehund mini-sub, and an Italian Maiale (spelling?) submarine. Shots around each, including i.d. plates, nice set Q9 $ 12.00

If you came here from another website, just use your browser's back button to return.