Last of the dreadnoughts, the Iowa's operated during most of the 1980's and into the early 90's. These magnificent vessels were an awesome sight underway, hard to forget.

Taken 5/99 at Providence, RI, where she is currently mothballed. 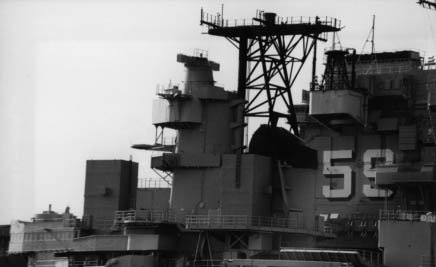 USS Iowa at Providence, USS Forrestal is in the background

These sets taken 4/01 as she entered into the mothball fleet, Suisun Bay, CA

Taken 6/69 by Gary Lewis in San Francisco, CA. This was after the New Jersey's sole Vietnam deployment

Taken 6/69 by Gary Lewis in San Francisco, CA. This was after the New Jersey's sole Vietnam deployment.

Sets taken during the early 1980's by Lee Upshaw while the ship was being reactivated at Long Beach Naval Shipyard.

Set BB62C 28 views of ship in drydock before restoration was begun, views of props, rudder and hull Q8 $ 21.00

These sets were taken in 1981 by Lee Upshaw, before the ship was towed down to Long Beach for reactivation, and shows the ship in her 1968 fit

These views were taken in San Francisco, CA, in 1991 during a port visit.

Set BB63D 36 views of her preparing to leave pier, shot form a boat in the water. Shows bow, port side in stern from a variety of angles. Some similar views, but no two identical - mostly overall photographs. Not available

Set BB63E 24 views, underway on San Francisco Bay, taken from boat all around ship. Some very nice pictures in this set of the ship underway in the early morning.        Q8 $ 18.00

The following views were taken by Lee Upshaw in the early 1980's at Bremerton , WA, ship is in her Korean War fit

Set BB63K 26 views, taken from the superstructure of an adjacent cruiser, looking down on the battleship, nice details, but a bit dark Q8 $ 19.50

The following photographs were shot at Pearl Harbor, Hawaii in 2002 after the Missouri had been installed as a museum ship.

They played a key part in the Second World War, but, too slow to operate with the new task forces, they were discarded in the early 1960's. Impressive ships that embody the "traditional" battleship look.

These sets of this well preserved museum ship were taken at Mobile, Alabama in September 1995

Photographed while drydocked, 1999, by Keith Bender 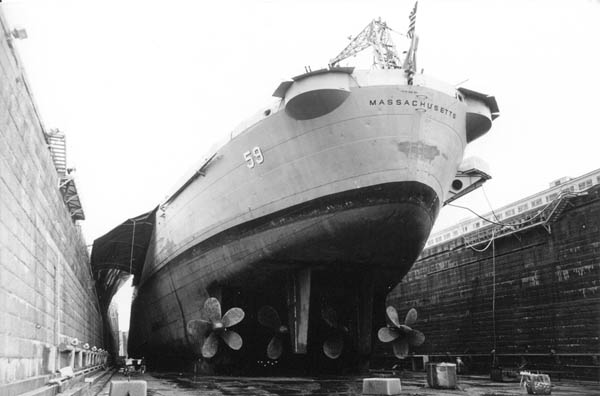 Please note that all SeaPhoto photographs are full color - some of these samples were scanned in black and white to speed loading of the web page and conserve server space. They are being supplemented with full color previews as time permits.

The first battleships built for the US during the 1930's. the North Carolina's held the line during the early years in the Pacific Theater. They were the first of the fast battleships in the US Navy.

Built shortly before World War I, this class was typical of the "Dreadnought" battleships of their time. The Texas is the sole survivor of this time period, although she was preserved in her late WWII appearance.

Taken 9-95 at La Porte, Texas where she is a museum ship. She is painted in measure 21, overall Navy Blue -  very striking! She was recently featured in the movie, "Pearl Harbor"

The following views were taken in 1988 by T. Hade, before her restoration. She is painted overall Navy Gray.

If you arrived here from another site, just use your browser's back button to return.